Loitering is not a crime in the ACT. However, you may commit a crime if you loiter for a particular reason or in a particular place. For example, trying to make someone afraid by loitering, or loitering in relation to prostitution, may constitute an offence.

Sleeping in a public place is not a crime in the ACT. The police only have the power to move you on if they reasonably believe you recently have, are, or are likely to, engage in violent conduct or some similar situations.

Police may direct people to move on from a public place, if the person is, or is likely to be, violent, intimidating or engage in similar conduct.

There are some laws restricting where you can camp or keep a caravan in the ACT.

There are offences for doing certain things in a public place, such as fighting, drinking in certain areas, urinating, nudity and not moving on when a police officer says to.

1. Is it illegal to sleep or loiter in a public place?

It is not illegal for you to sleep or loiter in a public place in the ACT. Police do not have the power to move you on if you are not committing an offence, or if the police officer does not reasonably believe you recently have, are, or are likely to engage in violent, intimidating, or other similar conduct.

2. When is it illegal to loiter?

Loitering on at least 2 occasions with the intent to cause apprehension or fear, or to harass a person, constitutes stalking. The maximum penalty for this is 2 years imprisonment, or 5 years imprisonment if it contravenes a court order or you have an offensive weapon on you at the time.

It is illegal to loiter in a public place for the purposes of offering or obtaining commercial sexual services (i.e. prostitution). The maximum penalty for this is $3200.

3. When can the police ask you to move on?

The police can ask you to move on if you are in a public place, and police reasonably believe that you recently have, are, or are likely to:

Just because someone complains about you, this does not mean the police can tell you to move on.

However, in the ACT is it illegal to ‘camp’ or keep a caravan:

5. There are a number of public space offences for which you may be fined:

Examples of these are:

The material in this fact sheet is intended as a general guide only. Readers should not act on the basis of any material in this publication without first getting legal advice about their particular situations.
If you would like more information, please contact Street Law on (02) 6218 7900 or info@canberracommunitylaw.org.au. Street Law is a program of Canberra Community Law Ltd.
© Canberra Community Law Ltd. Not to be reproduced without permission or acknowledgement.
Last updated: 19 May 2021 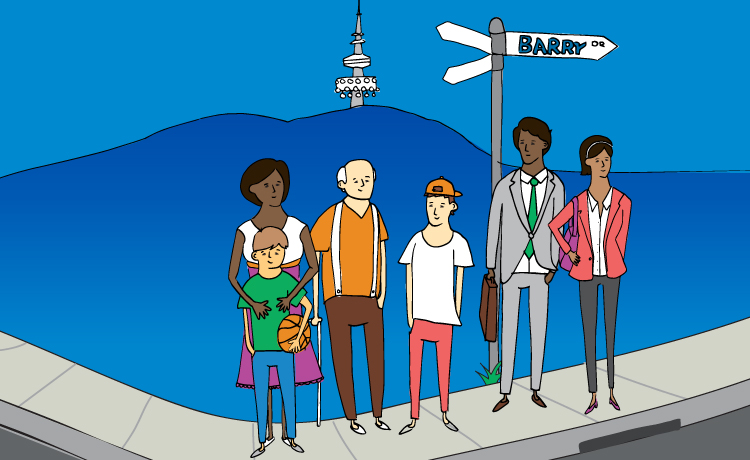